Eskaka’s story: “They have given me my life back!” 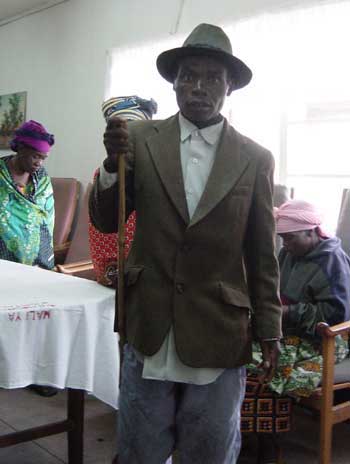 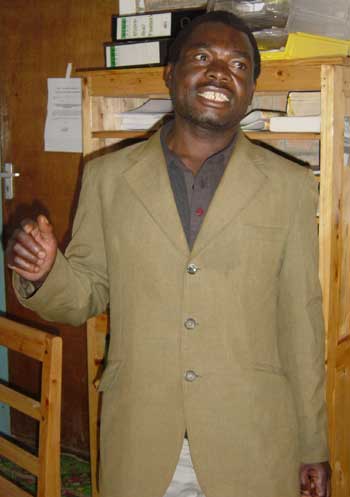 I was married to my first wife, Fatuma Sanga, in 1982. She is 37 years old and I have two children with her. My first-born is a son, now 21 years old, called Shukrani Humbo. The second-born is a girl. Her name is Aneth and she is 12 years old.

In 1998 I married a second wife, Sinamengi Mbwilo. With her I had a baby boy, Ronaldo Humbo, who is six years old.

I realised that I was infected with HIV in January 2004. It was after falling seriously sick - I had diarrhoea, wounds in my mouth and all over my face; my body was itching and irritated. It was terribly bad.

I was living in Kiwira, Mbeya, in Tanzania After finding that my health was deteriorating continuously, I decided to visit the hospital. First I went to Igogwe Hospital for a medical examination. I was tested and was found to be HIV positive.

I talked to my wives and they accepted to be tested. My first wife, Fatuma, also tested positive but my second wife was NOT INFECTED. To prevent my second wife from infection, we decided to separate. My children are not yet tested, though they all look healthy.

I decided to begin Anti-Retroviral (ARV) Therapy Treatment at Bulongwa Lutheran Hospital under the hospital's HAART Program. Before I could be accepted for ARV Therapy at Bulongwa, I had to be tested again. The result was the same as at Igogwe Hospital.

Before I started ARVs on February 16, 2005, I had lost a great deal of weight. When I was first checked at Bulongwa, I only weighed 45kg and my cd4 count was 7. By March 2005 my cd4 was up to 32. By July 2005 my cd4 count had reached 115 and I had gained weight. I'm back to 62kg. I have achieved all of this because of access to ARVs.
.
My first wife who tested positive refused to join the program. She trusts traditional doctors and is undergoing treatment from a herbalist. Her belief in the herbalist is due to how little knowledge my wife has about HIV/AIDS.

It surprises me that she doesn't trust ARV treatment even though she has witnessed my health improving. Once when I was admitted to hospital for serious complications from AIDS, she was scared and ran away leaving me in the hospital.

My wife came back and it is good to have her with me. But I am still not happy about her refusal to be enrolled for ARV treatment. I pray that some Good Samaritan will come to her one day and help change her attitude towards HIV/AIDS and ARV therapy. It is very important for her to save her life. I believe there are many, many people like her out there dying who need to learn about HIV/AIDS and ARV therapy.

I have recovered very well. My deepest appreciation goes to Dr. Rainer Brandl and the Bulongwa CTC nurses and staff. I am alive; they have given me my life back! I now have hope that I am going to live much longer.

I am planning to go out to give people education on ARV therapy. I was almost dead but now I am living. I am alive!

I beg everyone to change our behaviour and our attitude: AIDS is with us.

For the future, I have great expectations to send my children to school, to build a nice house for them. It is my wish to make their life more comfortable. I will have to resume my business. I was a fish vendor. I stopped after falling sick.